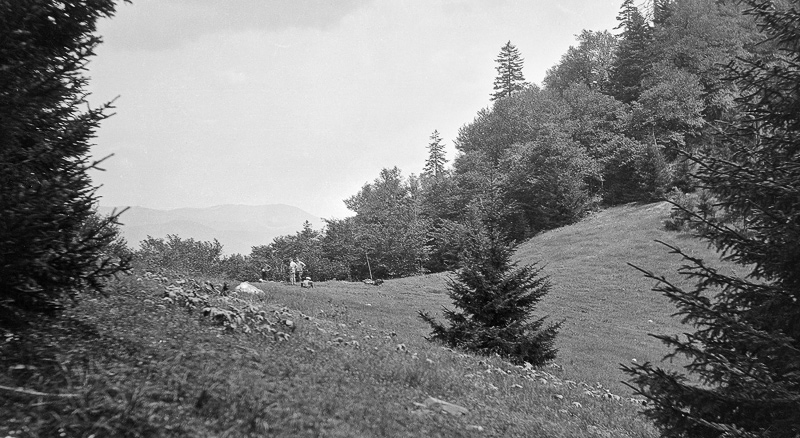 During the greater span of history in the Smoky Mountains, Indian Gap has been the main route across the mountains. Long a Cherokee trail, Indian Gap Road actually charged a toll in the 1830s. In exchange for the payment, farmers and merchants and travelling families were allowed to endure the rocky and rutted, steep and impossibly arduous journey. During the Civil War William Thomas and a party of 600 Cherokees converted the old trace over Indian Gap into a road that served the armies of both sides.

The photo above, taken by Dutch Roth in 1928, shows the soft swag of the gap as it was before the current Clingman’s Dome Road was built.  The photo below, also by Roth, shows that road construction in progress.

Indian Gap today is a parking area for the Road Prong Trail, which descends on the trace of the old Indian Gap Road. The Appalachian Trail also crosses here, on the path between Newfound Gap and Clingman’s Dome.