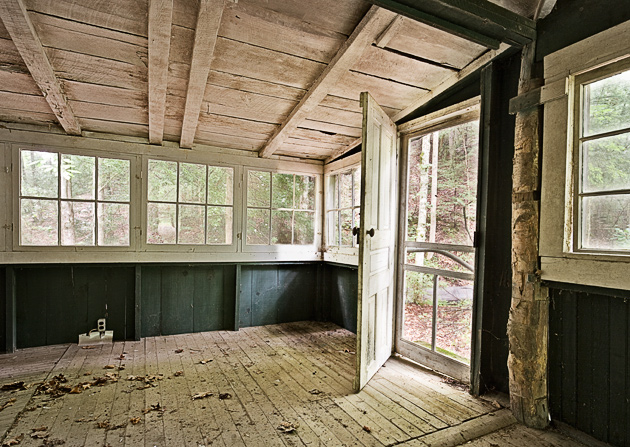 100 years ago in the early 20th century, the Elkmont area of the Great Smoky Mountains National Park was a bustling center of tourism for the wealthy. The Appalachian Club, Wonderland Hotel, Daisy Town, Society Hill and Millionaires Row comprised the new Smoky Mountains resort.  The Little River Railroad scheduled daily excursions from Knoxville to Elkmont. Eventually the formation of the National Park ceased this kind of development in the Smokies. Owners of the many cabins of the Elkmont resort were given leases that finally ran out in 1992.

Today the remains of the resort have emerged from a controversial phase which might have seen their demolition. Nineteen of the rustic cabins are being preserved for the sake of history, with most of these along the main street of Daisy Town. The Park has constructed new parking facilities as well as restoring the cabins to a state of permanent preservation. The Park has also recently completed rehabilitation of the Appalachian Clubhouse.

I find myself fascinated with these old cabins and can’t resist sneaking in for some photo sessions.

Out on Glades Rd in Gatlinburg you can view the complete display of my Smoky Mountains photos at the William Britten Gallery.

← Chapels of Love
Wordless Wednesday: Winter in Black and White →