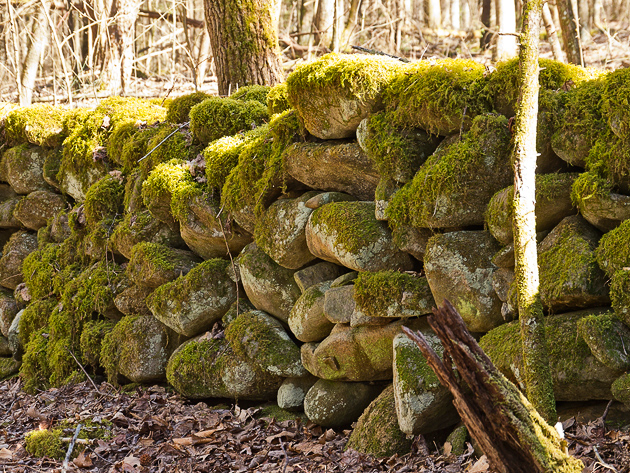 Last week we paid a visit to Plemmons Cemetery in the False Gap area of the Greenbrier in the Smoky Mountains. This week we are exploring further up the creek to the Bohannon homestead. The patriarch, Henry Bohannon, was born in Virginia in 1753 and was buried in the Greenbrier in 1842.

Family history says Henry Bohannon served in the American Revolution from the state of Virginia. A record in Virginia State Library’s ‘List of Revolutionary Soldiers of Virginia’ showed Henry Bohannon served as a private in the 1st Virginia Regiment of the Continental Line, Light Dragoon, commanded by Captain Robert Boling for a three year enlistment, 6 July 1778 to Jun 1781.

Henry married Amillia Shotwell, and they had eight children born from circa 1786 to 1800. Unfortunately, Amillia died in 1813, while Henry lived to be 89.  The grave markers of both Henry and Amillia are shown in the photos below. Note that there is not agreement on the spelling of the family name. The Bohannons first settled in White Oak Flats (now Gatlinburg), but later Henry obtained about 50 acres in the Greenbrier.

To get to the Bohannon homestead, keep on walking up the creek past the cemetery. Eventually after another mile or so, you will come to some very well-preserved rock walls, and some not-so-well-preserved chimneys. Perhaps you might sit by the rock wall and imagine life here in the early 1800s. We are way back in the mountains, miles from the tiny wilderness outpost known then as White Oak Flats, with nothing to the south but the impenetrable wilderness of the Smoky Mountains (much the same as it is today!) Rather than take the roads as we do today, you would probably just hike over Grapeyard Ridge to visit another large homestead community along the Roaring Fork.

As always please stop in and say hello at the William Britten Gallery along the Historic Arts and Crafts Loop on Glades Rd. in Gatlinburg. My complete selection of  photos of the Smoky Mountains, mugs, notecards and magnets is on display most days throughout the year.

← Miles Away on Monday: A Wedding in Bogotá
Featured Photo: Greenbrier Springtime →

One Response to The Bohannons Made a Fine Rock Wall