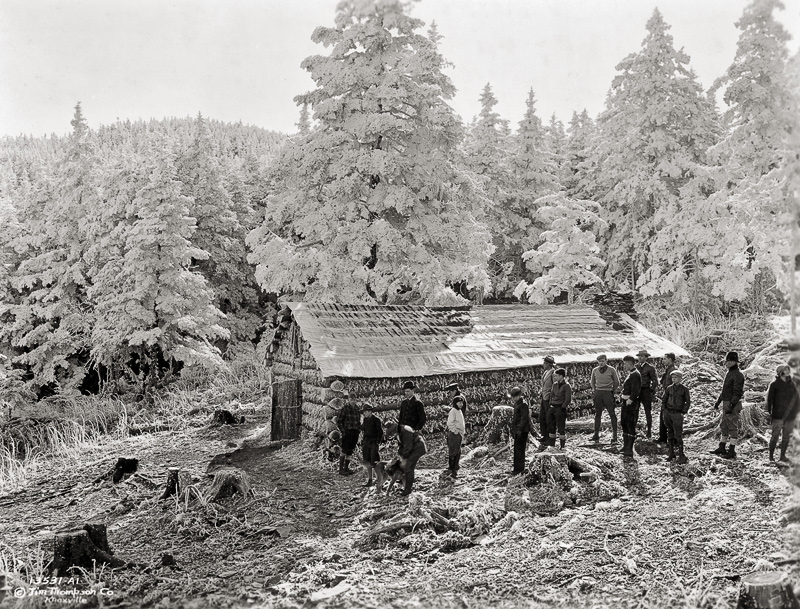 In the late 1920s Gatlinburg entrepreneur Jack Huff built a 20 by 24 foot cabin out of balsam logs that was the forerunner of today’s LeConte Lodge. The roof was tarpaper, with a floor of native clay. For more than 35 years Jack and his wife Pauline operated Mt. LeConte Lodge. Jack was the son of Andrew Jackson (Andy) Huff, who kicked off Gatlinburg tourism when he built the Mountain View Hotel in 1916.

The photos above and below were taken by Knoxville photographer, Jim Thompson. Thompson can be seen standing at the rear of the cabin in the photo below. Also in both of these photos is another early Smoky Mountain photographer, Dutch Roth. In the picture above, Dutch is the one sitting on the stump, holding his tripod. Below, he’s in a lower bunk, third from the right. Click on any of these photos to see a larger version.

← Spring Has Arrived!
Wordless Wednesday: One Last Dusting of Snow →

4 Responses to Smoky Mountains History: The House That Jack Built