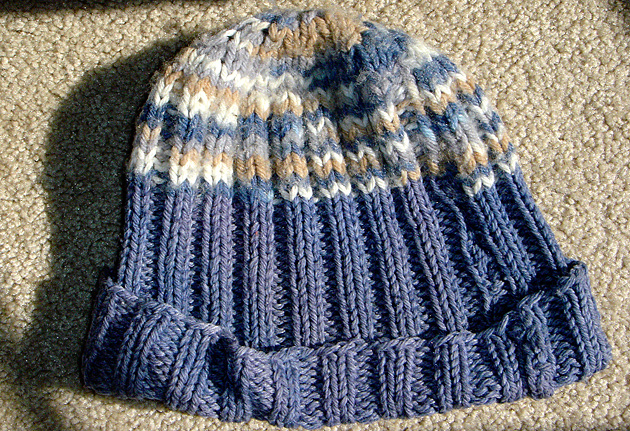 The blue knit wool hat pictured above was knitted by my older sister somewhere around 1980. Thanks, Anne!  I’ve had it all this time, worn it while living in four different states over a 30 year period. I wore it in fact this week during some photo shoots in the snow. My children, both in their 30s now, wore the hat at various times when they were growing up (see below).

That’s a pretty amazing hat story.  What about the boots?

The boots go back even further!  The boots pictured below were given to me by my older brother (thanks, Dave!) sometime in the mid-1960s.  Here we are 45 years later and I’m still tromping around in the snow with these boots!

Stop in and visit me to see the complete display of Smoky Mountain Photography at the William Britten Gallery in Gatlinburg, TN. These pictures just might last as long as my hat and boots!

← Chalet Village after Snow
Miles Away on Monday: the Sweep of Downy Flake →