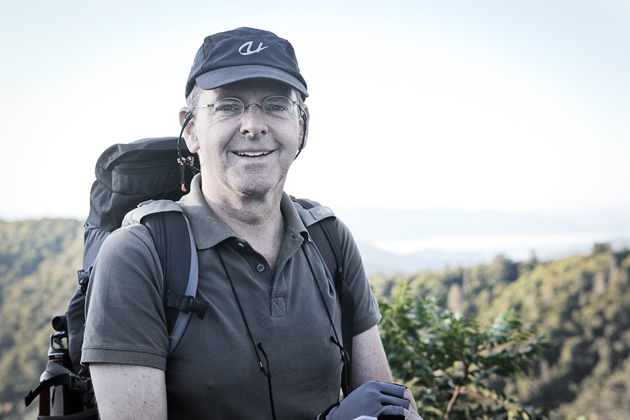 Say hello to Ulli. I gave him a ride from Gatlinburg up to the Appalachian Trail at Newfound Gap early this morning. Ulli is a television producer from Berlin. His plan is to hike for 10 days, then come out of the woods and make it somehow up to New York City where one of his productions has been nominated for an Emmy. Ulli has climbed in the Andes and the Alps, and now he’s off for a stroll on the Appalachian Trail.  Good luck Ulli!